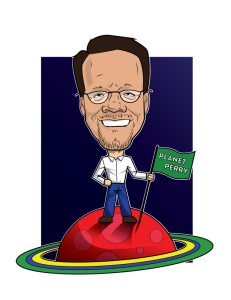 Monday morning inspiration from one of my top guru guys, Perry Marshall. If you are trying to start or run your own business, take 10 minutes to read through Perry’s latest motivational bit…

After I got laid off from engineering, I told my buddy Frank Kavenik, 15 years older than me, that I was going into sales. He’d started as an engineer, became a very successful entrepreneur and was running a radio station.

He cautioned me, “You don’t just stick a pencil behind your ear and start selling stuff. Sales is a whole entire new world of mastery.”

I knew he was right. But I slathered on some Perry optimism, figuring I’d be a quick study, bustin’ sales records in no time.

After a couple of years of baloney sandwiches and ramen soup, I remembered what he said.

All us guys in engineering school looked down on the business majors. They, and the football players, were “stupid.” We thought we were so smart.

In business, few things here and there have come easy to me, but for the most part the learning curve has been steep.

For a LOOONG time I’ve spent far in excess of $10,000 per year educating myself and honing my skills.

And still for every home run there’s still 5-6 single-base hits and a handful of failures.

But it’s worth it and here’s why:

WHEN YOU HAVE A SUCCESSFUL BUSINESS, YOU DON’T JUST HAVE A FINANCIAL ENGINE. YOU HAVE A PLATFORM THAT FUELS EVERY OTHER THING THAT IS IMPORTANT TO YOU.

I cannot tell you how big a deal this is.

Financial success will NOT solve every problem you have. But…. “if money can solve it, it’s not a problem.” MANY problems can be reduced to money.

You wanna learn something?

Hire someone to teach you.

Build them an orphanage.

Need to be in Bangkok by 6pm tomorrow night?

Get on a plane and go.

Plus, a well-built business grants you time and space to solve problems that money cannot solve.

Being a success in whatever you do opens all kinds of doors. 3,000 years ago, Solomon said: “Do you see a man skilled in his work? He will stand before kings. He will not be hanging around with ordinary men.”

One of the best things about building a platform, building a success – in spite of the fact that it’s hard and painful and full of blind alleys and near misses and risk and terror – is the quality of people who become your friends. Your friends have so much more fascinating things to talk about than the Cubs game.

My path as an entrepreneur, from laid-off engineer to salesman to marketing manager to B2B marketing guy to AdWords guy, and all that has brought me into all realms of fascinating individuals, from musicians and accomplished scientists to philanthropists and captains of industry. Authors and influencers… and customers and clients working in the trenches, whom no one has heard of, but who are nonetheless extraordinary.

When I was a 20-something marker man with a Dilbert Cube job and a business on the side, I was terrified of getting trapped in a mediocre life that would encircle me like a boa constrictor, sentencing me to work some lame job for health insurance, and never do anything important in the world.

If that happened, I knew I would console myself, rationalizing that all those successful people were just insincere moneygrubbers who lacked the depth and conviction that I had in my crusty mediocre life.

Hoping to never become that bitter cynic, I made a LOT of mistakes. Took a lot of wrong turns and made a lot of bad judgments.

I screwed up big-time on lots of things.

But as much as humanly possible I made the mistakes right.

Most importantly, I chose a life of RISK and ADVENTURE instead of the ILLUSION of comfort and security.

If you pursue comfort and security, babe, you are living in an illusion that WILL be shattered.

When you pursue your destiny, it’s like Goethe said:

“Whatever you can do, or dream you can do, begin it. Boldness has genius, power, and magic in it.”

Yeah, I know it’s hard. I know it feels like the world’s in turmoil. Do it anyway. Pursue your giftedness, pursue your dream… and whatever you do, never let fear run your life. 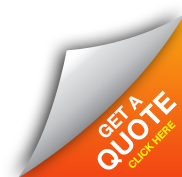 With decades of experience setting up and running businesses, we can take care of all your website design, marketing & business automation details.

Full service & support for every customer, whether it's your very first website, or driving your business to the next level.